So, the original plan was to post weekly video logs, but holy smokes we’ve been busy. The entire team has been working a whole load more than full time for the last weeks to get all the features in game… and we did it, We’re feature complete!

There’s still a lot of content missing and things work in progress but all the important features are in, most importantly all of the 5 initial robots have been implemented and all their 6 combinations (fusions) are almost fully functional.

Here’s some screenshots to show of our progress, as you can tell, a lot has been going on in the art department. We’re sticking to showing the same two robots for now,  as the textures are still WIP on the others. 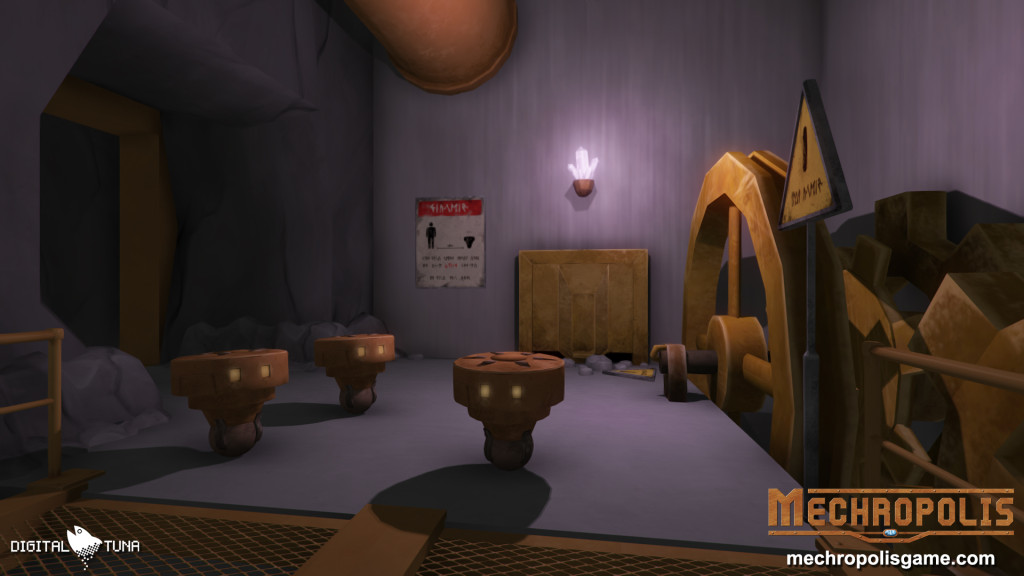 A bunch of controller robots roaming a lonely corridor, note the warning sign, keep your distance.

A lonely thrower robot, loyally standing guard.
That’s all for update, as mentioned above we’ve been working as crazy to get stuff done, and we’ll keep at it. The future of the video logs are kinda uncertain at the moment, if we find time we’ll do some new ones but finding any spare time is unlikely at this point. Luckily though, we’ve got a trailer planned for release in two weeks!
Categories: Game Development, School Tags: 5SD037